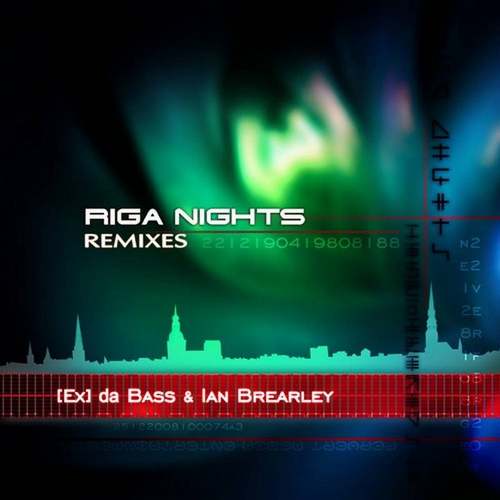 Three more remixes of “Riga Nights” the latest collaboration between [Ex] da Bass and English singer Ian Brearley, were released by Midway Records in Germany on August 5, 2009. One of them DJ Pervert Clubdrive Remix, also has a new video, which has been included in the programming of world music channels such as 1st Baltic Music Channel, Oetv, Musicforce Europe, MTV Baltic, UK, Adria, Romania, Turkey, Viva Hungary, Bpm:tv and many others. You may also find it on Youtube: https://www.youtube.com/watch?v=9LyQQ4….

All three of the newest remixes are made by talented producers from Latvia. Beatax and Edgy are two brothers know mostly as DJs and producers of live shows. Lately they have been working on their own music projects.
Sergey Prishvin, aka DJ Pervert, has been often been mentioned in regards to the “Riga Nights” project. He produced the visual design and video footage, and is now expanding his musical vision with his DJ Pervert Clubdrive Remix and its new video.
The author of the third remix is DJ and producer Lowe, who worked in collaboration with Smoke Jaguar aka Candava.
The original version of the song was produced by successful and well known Latvian producers Lotars Lodzins and Janis Kalve along with [Ex] da Bass.

Following in the footsteps of the current trend, these remixes were first released in a digital format and can be purchased in the largest and most popular online music stores of the world Beatport, Juno, Trackitdown, DJShop, Musicload and others. Fans of electronic dance music in Baltic can purchase these three new remixes from the portals Beatnet.eu, Doremi.lv and Platformamusic.lv starting August 5. The producers are currently negotiating with a few record companies which would like to release these remixes on Cd and vinyl.

“Riga Nights” is played frequently on the radio stations of Baltic, Europe and throughout the world. Many world renowned DJs still continue to include Riga Nights in their sets.
Artist